Ibn Al-Nadim says that he was the author of "Taabirul Ro'oya" (What Dreams Express), which is different from or an abridged version of : Muntakhabul Kalam Fi Tafsir El Ahlam"(A Concise Guide for the Interpretation of Dreams) first printed in Bulaq, Egypt, in 1284 H, in Lucknow in a.d. 1874 and in Bombay in 1296 H. It was subsequently reprinted numerous times in various parts of the Arab World under different titles.  But that book, allegedly written by Ibn Sirin, who died in 110H, comprises many discrepancies (anachronic passages). For instance, it tells a story about Imam Shafe'i who died in 204H. It also quotes Is'haq Ibrahim ibn 'Abdullah Al-Kirmani, who died in 400H. 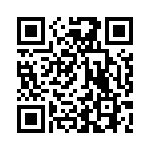