Jane Boulden is MacArthur Research Fellow at the Centre for International Studies, University of Oxford. She resides in Oxford, England.

Thomas G. Weiss is Presidential Professor at the Graduate Center of the City University of New York and Director of the Ralph Bunche Institute for International Studies, where he is also co-director of the United Nations Intellectual History Project. He resides in New York City. 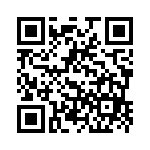