Read for class. These are notes for a later paper. Solid political science book that uses quantitative empirical reasoning and comparative statistical analysis. The first section of the book is ... ř—«Ń… «Š řŪŪ„ »√Ŗ„ŠŚ

M. Steven Fish is Associate Professor of Political Science at the University of California, Berkeley. In 2000Ė1 he was a Fulbright fellow and Visiting Professor of Political Science and Sociology at the European University at St Petersburg. He is the author of Democracy from Scratch: Opposition and Regime in the New Russian Revolution (1995) and a co-author of Postcommunism and the Theory of Democracy (2001). He has published articles in Comparative Political Studies, East European Constitutional Review, East European Politics and Societies, Europe-Asia Studies, the Journal of Democracy, Post-Soviet Affairs, Slavic Review, World Politics and numerous edited volumes. 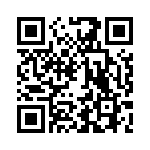