After teaching mathematics and science at high school for a few years, Michael de Villiers, received the Science Teacher of the Year award in South Africa in 1983. Later that same year he was appointed as a researcher at the Research Unit for Mathematics Education of the University of Stellenbosch, South Africa. He has been at the University of Durban-Westville since 1991 (Univ. of KwaZulu-Natal since 2004) where he teaches both under-graduate and graduate courses in mathematics & mathematics education. He has published 7 books and over 170 articles peer reviewed articles in mathematics and mathematics education, many of which have been in international journals. Two special points in a triangle have been named after him.

Between 1988-1997, he was editor of Pythagoras, the official research journal of the Association for Mathematics Education of South Africa (AMESA). He is a regular speaker at local and international conferences on mathematics and mathematics education. His main research interests are Geometry, Proof, Applications and Modelling, and the History and Philosophy of Mathematics. Since 1997, he has also been vice-chair of the SA Mathematics Olympiad Committee which is responsible for setting and organizing the nationwide South African Mathematics Olympiad, seeing a growth of participation from less than 10000 to over 60000 currently. 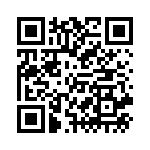