A plenty complicated mess... I don't know my way around Spain or Spanish politics of the 1930s, and this book is filled with places and people and parties. Still, Beevor manages to tell the story in a ... ř—«Ń… «Š řŪŪ„ »√Ŗ„ŠŚ

Antony Beevor served as a regular officer in the 11th Hussars in Germany. STALINGRAD and BERLIN: THE DOWNFALL have been translated into 25 languages and won a plethora of the major prizes. His latest work, A WRITER AT WAR - VASILY GROSSMAN WITH THE RED ARMY 1941-1945, is an edition, with his Russian researcher, Dr Luba Vinogradova, of Grossman's wartime notebooks. A fellow of the Royal Society of Literature and Chevalier de l'Ordre des Arts et Lettres in France, Beevor has been chairman of Society of Authors; he is a visiting professor at Birkbeck College, University of London. He is married to the writer Artemis Cooper. 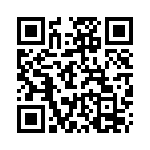