Gary Miron has a diverse background in the field of education. He worked as a public school teacher in Michigan in the mid-1980s. Later he worked as an educational researcher and university instructor in the field of education. Currently, he is Principal Research Associate at Western Michigan University's Evaluation Center. There, he has completed or is working on a variety of school reform evaluations including evaluations of charter schools in Michigan, Pennsylvania, Connecticut, Illinois, and Cleveland. In Connecticut and Cleveland, he has been involved in providing training and technical assistance to charter schools in terms of helping them develop and implement accountability plans and self-evaluations. He has also conducted a study of student achievement gains in schools operated by Edison Schools Inc. Before joining The Evaluation Center, Dr. Miron worked at Stockholm University where he had completed his graduate studies. While in Sweden he conducted a study on the national voucher reform in the early 1990s and later took part in a study of school restructuring in Europe. He has researched and written on such topics as educational evaluation, special needs education, educational planning and policy, multimethod research, charter schools, and school reform.

Christopher Nelson is Senior Research Associate at Western Michigan Universityís Evaluation Center, where he works on large-scale evaluations of state charter school laws. He is project manager for evaluations in Pennsylvania, Illinois, and the city of Cleveland, and has contributed to evaluation reports on charter schools in Michigan and Connecticut. Before joining The Evaluation Center, Dr. Nelson was on the faculty of the H. John Heinz III School of Public Policy and Management at Carnegie Mellon University, where he taught courses on evaluation methodology, policy analysis, and public organizations. While in Pittsburgh, Nelson worked on a number of regional education policy studies,including a large-scale assessment of work force readiness among high school students, and a study of early-grade literacy. In addition, he played a leading role in the development of an education policy indicator system that is still in use today. Nelson holds an M.A. and Ph.D. from the University of North Carolina at Chapel Hill, and a B.A. summa cum laude from the University of Minnesota, where he was elected to Phi Beta Kappa. 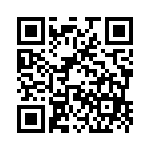