Well-written and informative. I really like the interesting narration of the japanese invasion of china and the civil war, including the negotiations between Zhou Enlai and Chang Kai-shek. The ... ř—«Ń… «Š řŪŪ„ »√Ŗ„ŠŚ

Chiang Kai-Shek (also Jiang Jieshi) was one of the most polarising Chinese figures of the twentieth century, equally celebrated as the victor over the Japanese and reviled as the man who lost the ... ř—«Ń… «Š řŪŪ„ »√Ŗ„ŠŚ

Jay Taylor is a Research Associate at the Fairbank Center for Chinese Studies at Harvard University. 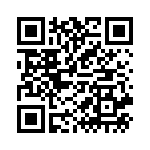