Susan Thorne is Assistant Professor of History at Duke University. This book will be her first book, and it derives from a doctoral dissertation completed at the University of Michigan. 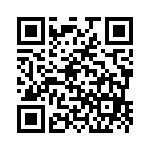