Another well written piece from this author. Provides some detailed insights into the life of this great man. A truly international figure who left an indelible mark on both the Gloabal and National ... ř—«Ń… «Š řŪŪ„ »√Ŗ„ŠŚ

Tharoor's biography of Nehru starts out a bit slow, but ends as an engaging meditation on the life of one of India's founding fathers. Tharoor does a thorough job chronicling Nehru's early years as a ... ř—«Ń… «Š řŪŪ„ »√Ŗ„ŠŚ

Shashi Tharoor is the bestselling author of sixteen previous books, both fiction and non-fiction, besides being a noted critic and columnist. His books include the path-breaking satire the Great Indian Novel (1989), the classic India: From Midnight to the Millennium (1997) and most recently, An Era of Darkness: The British Empire in India, for which he won the Ramnath Goenka Award for Excellence in Journalism, 2016 for Books (Non-Fiction). He was a former under secretary-general of the United Nations and a former minister of state for human resource development and minister of state for external affairs in the Government of India. He is a two-time member of the Lok Sabha from Thiruvananthapuram and chairs Parliament's external affairs committee. He has won numerous literary awards, including a Commonwealth Writers' Prize and was honoured as New Age Politician of the Year (2010) by NDTV. He was awarded the Pravasi Bharatiya Samman, India's highest honour for overseas Indians. 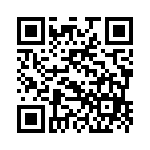