On my visit to the Air and Space Museum "annex" in Dulles Airport, I bought this survey book to brush up my limited knowledge about air warfare and the history of flight which recently celebrated its ... ř—«Ń… «Š řŪŪ„ »√Ŗ„ŠŚ

This ambitious centenary history of global air power ranges from the Wright Brothers' discovery of the "helicoidal twist" (wing-warping) to the use of laser-guided ordnance during the second Gulf War ... ř—«Ń… «Š řŪŪ„ »√Ŗ„ŠŚ

Stephen Budiansky, journalist and military historian, is the author of nine books about history, science, and nature, including Air Power: The Men, Machines, and Ideas That Revolutionized War, from Kitty Hawk to Gulf War II. He publishes frequently in The New York Times and The Washington Post and currently serves as a correspondent for The Atlantic Monthly. 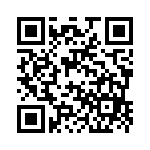