Douglas Peers teaches Indian and Imperial History at the University of Calgary. Previous publications include Between Mars and Mammon: Colonial Armies and the Garrison State in Nineteenth-Century India (1995), co-edited books on J.S. Mill and India and on India in the Victorian mass media, and articles on many different aspects of Indian military, literary and political history. 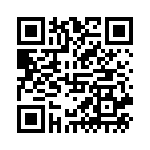