A pleasant surprise. Ordered sight-unseen; I figured from the title it would be about the Malaya campaign, the battles in Burma, Imphal and Kohima, and the final Japanese retreat. As it turns out ... Þ—«¡… «· ÞÌÌ„ »√þ„·Â

Bayly & Harper are at their best writing about the social situation in Britain's Asian holdings on the verge of the deluge, on the initial period of Japanese occupation, and on how the subject ... Þ—«¡… «· ÞÌÌ„ »√þ„·Â

Christopher Alan Bayly was born on May 18, 1945 in Tunbridge Wells, Kent, United Kingdom. He graduated from St Antony's College. He was the pre-eminent historian of India and the British Empire and a pioneer of the field of global history. He wrote numerous books during his lifetime including The Local Roots of Indian Politics; Rulers, Townsmen and Bazaars; Indian Society and the Making of the British Empire; Imperial Meridian; Empire and Information; The Origins of Nationality in South Asia; The Birth of the Modern World; and Recovering Liberties. In 2005, he received the Wolfson prize for history for his entire body of work. In 2007, he was the first scholar to be knighted "for services to history outside of Europe." He died of a heart attack on April 18, 2015 at the age of 69. 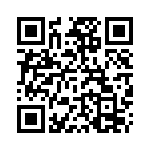