Professor Michael W Apple is the John Bascom Professor of Education at the University of Wisconsin, Madison. A former primary and secondary school teacher a past-president of a teachers union, he has worked with educators, unions, dissident groups, and governments throughout the world to democratize educational research, policy, and practice. Among his many books are Ideology and Curriculum, Education and Power, Teachers and Texts, and Official Knowledge Power, Meaning and Identity. Not only has Professor Apple been selected as one of the most influential writers on education in the 20th century, but his book Ideology and Curriculum has been chosen as one of the 20 most important volumes in the history of western education. 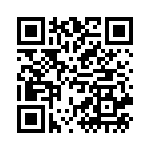