«·’ðÕ… 186
Not long after the Gandhi - Irwin agreement , Irwin had left India to be succeeded by Lord Willingdon , who earlier had been Governor of two Indian provinces , Bombay and Madras , and was also a former Governor - General of Canada .
«·’ðÕ… 263
It gained absolute majorities in five provinces ó Madras , the United Provinces , the Central Provinces , Bihar and ... Of 50 seats in the predominantly Muslim Northwest Frontier Province the Congress won 19 , of which 15 were from ...
«·’ðÕ… 264
Shortly afterward ministries of Congress were formed in six provinces , Bombay , Madras , the United Provinces , Bihar , the Central Provinces and Orissa , and later the rule of Congress was extended to Assam and the Frontier Province . 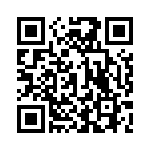