Presidential Tour Guides The history of the United States comes alive in the words of its presidents. There comes a dramatic time in the life of a person, party, organization or nation that cries for ... ř—«Ń… «Š řŪŪ„ »√Ŗ„ŠŚ

Michael Waldman was one of the few aides to work closely with president Bill Clinton from the first day of his presidency until nearly the end of the term. He played a key role on controversial issues from campaign finance reform to free trade. Previously, he was a writer & public interest lawyer & the author of "Who Robbed America? A Citizen's Guide to the S&L Scandal. 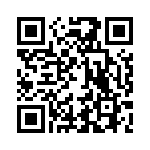