The second volume of Kershaw's biography of Hitler covers the period from the Anschluss with Austria to 1945. Kershaw (history, Univ. of Sheffield) describes the Nazi state as administratively chaotic ... ř—«Ń… «Š řŪŪ„ »√Ŗ„ŠŚ

Ian Kershaw is a professor of modern history at the University of Sheffield and the author of numerous works of history, including Hitler: A Biography, Fateful Choices and Hitler, the Germans, and the Final Solution. He lives in Manchester, England. 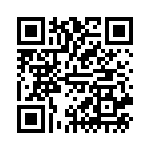