Lieutenant General Eric A Vas PVSM, has held a wide variety of command, staff and training appointments during his long career of 39years. He was founder of the Army's prestigious College of Combat. He retired as General Officer Commanding-in-Chief Eastern Army in 1981.After his retirement, he authored several books on Security, Insurgency, Terrorism, Military History and Travel. Some of these publications have become standard reading in professional circles.The General has been a frequent guest speaker at the National Defence College and the Naval War College. In September 1998, he delivered the second Pyara Lal Memorial Lecture at New Delhi. The talk was entitled, The Role of the Armed Forces in a Democracy-A review of five decades' of politico-military decision making. In October 1999, he delivered the fifth Field Marshal Cariappa Memorial Lecture at New Delhi entitled, The Role and Function of the National Security Council.The General is a founder member of the Pune-based Indian Initiative for Peace, Arms control and Disarmament (INPAD); a non-governmental organisation which, after a quiet and unobtrusive beginning, is today attracting attention in Delhi and think tanks abroad because of its refreshing and rational approach to nuclear strategy and global disarmament. 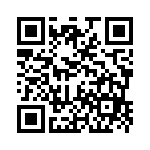