Antony Beevor served as a regular officer in the 11th Hussars in Germany. He is the author of Crete - The Battle and the Resistance, which won a Runciman Prize, Paris After the Liberation, 1944-1949 (written with his wife Artemis Cooper), Stalingrad, which won the Samuel Johnson Prize, the Wolfson Prize for History and the Hawthornden Prize for Literature, Berlin - The Downfall, which received the first Longman-History Today Trustees' Award, and The Mystery of Olga Chekhova. Stalingrad and Berlin have been translated into twenty-five languages and sold more than two and a quarter million copies between them. His latest work, A Writer at War - Vasily Grossman with the Red Army 1941-1945, is an edition, with his Russian researcher, Dr Luba Vinogradova, of Grossman's wartime notebooks.

A fellow of the Royal Society of Literature and Chevalier de l'Ordre des Arts et Lettres in France, Antony Beevor has also been the chairman of the Society of Authors and is a visiting professor at the School of History, Classics and Archaeology at Birkbeck College, University of London. He lives in London and Kent and has a daughter and a son.

Go to www.antonybeevor.com for more information. Antony Beevor is on Twitter at https://twitter.com/antonybeevor, and on Facebook at www.facebook.com/pages/Antony-Beevor 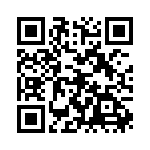