A plenty complicated mess... I don't know my way around Spain or Spanish politics of the 1930s, and this book is filled with places and people and parties. Still, Beevor manages to tell the story in a ... ŢŃÇÁÉ ÇáĘŢííă ČĂßăáĺ

Battle for Spain. There is a heartbreaking grim reality in this long read. The reader will lose track of the many factions killing one another in the late 1930s Spain and the reasons why. It changes ... ŢŃÇÁÉ ÇáĘŢííă ČĂßăáĺ

Antony Beevor was educated at Winchester and Sandhurst. A regular officer in the 11th Hussars, he served in Germany and England. He has published several novels, and his works of nonfiction include The Spanish Civil War; Crete: The Battle and the Resistance, which won the 1993 Runciman Award; Stalingrad: The Fateful Siege: 1942—1943; and Berlin: The Downfall, 1945. With his wife, Artemis Cooper, he wrote Paris: After the Liberation: 1944—1949. His book Stalingrad was awarded the Samuel Johnson Prize for Non-Fiction, the Wolfson History Prize, and the Hawthornden Prize in 1999. 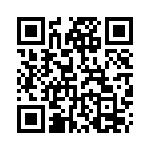