Ato Sekyi-Otu is Associate Professor in the Division of Social Science and the Graduate Program in Social and Political Thought at York University, Ontario. 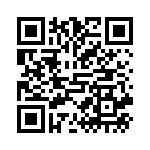