Kama Maclean is Associate Professor of South Asian and World History at the University of New South Wales and editor of South Asia: Journal of South Asian Studies. She is the author of A Revolutionary History of Interwar India: Violence, Image, Voice and Text (London: Hurst & Co., 2014).

J. Daniel Elam is a PhD Candidate in the Rhetoric and Public Culture Program at Northwestern University. His work has been published or is forthcoming in Comparative Studies of South Asia, Africa, and the Middle East, Interventions, and American Quarterly. 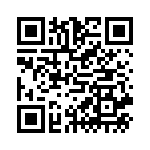