I've heard of Christopher Hitchens for years, but this is the first time I've read anything by him. In this book, he takes on the iconic Mother Teresa and exposes the duplicity in her messages. His ... Ş—«¡… «· ŞÌÌ„ »√ş„·Â

Perhaps a little short - as others have said, it would have been good to see Hitchens take twice as many pages to eviscerate Mother Theresa. Nevertheless, Hitchens is always a great read and he covers the topic reasonably completely. Ş—«¡… «· ŞÌÌ„ »√ş„·Â

Christopher Hitchens (1949-2011) was a contributing editor to Vanity Fair and a regular contributor to the New York times Book Review and Slate. He is the author of numerous books, including works on Thomas Jefferson, Thomas Paine, George Orwell, Henry Kissinger and Bill and Hillary Clinton, as well as his international bestseller and National Book Award nominee, god Is Not Great. 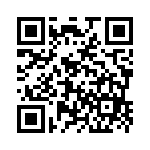