Thomas R. Metcalf is Professor of History Emeritus at the University of California, Berkeley. His publications include Ideologies of the Raj (1995), Forging the Raj: Essays on British India in the Heydey of Empire (2005) and Imperial Connections: India in the Indian Ocean Arena, 1870ñ1920 (2007). 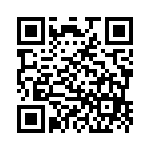