I like this book a lot. This is a bit racy in the manner in which it has been written, but that does not detract from the drama of the story of the Emperor. I disagree with his assessment of Shah ... Þ—«¡… «· ÞÌÌ„ »√þ„·Â

Fergus Nicoll has been a current affairs journalist for the BBC since 1988. His work has enabled him to travel widely throughout the Middle East and South Asia. He is the author of Sword of the Prophet: The Mahdi of Sudan and the Death of General Gordon (2004) and Gladstone, Gordon and the Sudan Wars: The Battle Over Imperial Intervention in the Victorian Age (2013). 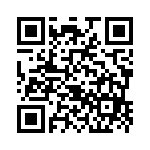