Omar H. Ali is dean of Lloyd International Honors College and professor of global and comparative African diaspora history at the University of North Carolina, Greensboro. A graduate of the London School of Economics, he received his Ph.D. in history from Columbia University and was named the Carnegie Foundation North Carolina professor of the year. 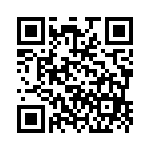