Charles Lemert is Andrus Professor of Sociology at Wesleyan University and is the author of numerous books, most recently Social Things, and Postmodernism is NotWhat You Think. 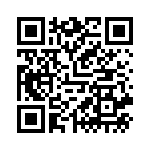