Koichi Iwabuchi is Professor of Media and Cultural Studies at Waseda University in Tokyo. For many years he was a reporter and producer for Nippon Television Network Corporation (ntv). 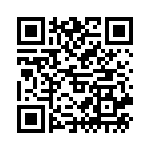