MEG GREENE is an independent scholar and author of many books for young adults. 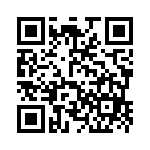