Daniel Fuchs is emeritus professor of English at the College of Staten Island, City University of New York, USA. He is author of The Limits of Ferocity, Saul Bellow: Vision and RevisionThe Comic Spirit of Wallace Stevens. 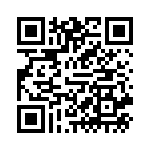