A veteran journalist and former member of Parliament, Kuldip Nayar is India?s most well known and widely syndicated journalist. He was born in Sialkot in 1923 and educated at Lahore University before migrating to Delhi with his family at he time of Partition. He began his career in the Urdu newspaper Anjam and after a spell in the USA worked as information officer of Lal Bahadur Shastri and Govind Ballabh Pant. He eventually became Resident Editor of the Statesman and managing editor of the Indian news agency UNI. He corresponded for the Times for twenty-five years and later served as Indian high commissioner to the UK during the V.P. Singh government. His stand for press freedom during the Emergency, when he was detained; his commitment to better relations between India and Pakistan, and his role as a human rights activist have won him respect and affection in both countries. Author of more than a dozen books, his weekly columns are read across South Asia. 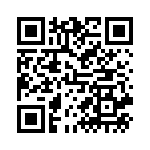