Andrew Stewart is John Bray Professor of Law at University of Adelaide and a Legal Consultant to the national law firm Piper Alderman. He is one of Australia’s leading experts in labour relations and employment law, and has also published widely in the fields of intellectual property and contract law. He has played a prominent role in the public debate over workplace reforms, and has spoken and written widely about their implications for businesses, workers and unions. He also advised the government on the drafting and structure of the Fair Work legislation. In November 2009 he was elected President of the Australian Labour Law Association.

!--[if gte mso 9] ![endif]--!--[if gte mso 10] ![endif]--George Williams is the Anthony Mason Professor, a Scientia Professor and the Foundation Director of the Gilbert + Tobin Centre of Public Law at the Faculty of Law, University of New South Wales. He has written and edited books including Australian Constitutional Law and Theory and The Oxford Companion to the High Court of Australia. 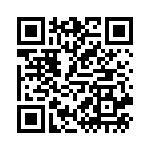