Gave this as a Christmas gift and I was told by the person that they started reading it at 10 am and only put it down to go to the restroom and to eat until 2 am the next morning. Next day started at ... ▐čŪ┴╔ Ūß╩▐ĒĒŃ ╚├▀ŃßÕ

I bought this for my daughter who is a huge Michael Jackson fan she loved it. ▐čŪ┴╔ Ūß╩▐ĒĒŃ ╚├▀ŃßÕ 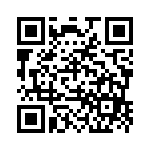