MICHAEL HAAS is Professor of Political Science at the University of Hawaii at Manoa. The author of Genocide By Proxy: Cambodian Pawn on a Superpower Chessboard (Praeger, 1991) and Cambodia, Pol Pot, and the United States: The Faustian Pact (Praeger, 1991), Haas has also authored more than twenty other books and over one hundred articles. He is a major developer of the functionalist theory of international relations. 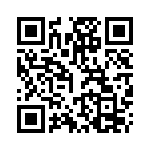