ÇáŐÝÍÉ 39
As he had noted in his Carnegie Hall speech , Stimson perceived the fundamental issue of the war as a question of the survival of democracy and civilization . He wrote in 1914 that he was glad to see that most Americans sided with the ...
ÇáŐÝÍÉ 130
For the first time he raised directly the issue of U.S. military action . The ultimate issue was not “ how to keep the United States out of war , " and the framing of the question in that manner had led to the irresponsible neutrality ...
ÇáŐÝÍÉ 147
Nonetheless , he thought the issue " was almost impossible of solution ” and he could see “ no theoretical or logical solution for it at war times like these . " He held to his view that black troops could perform well only under white ... 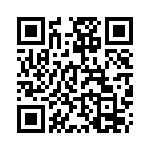