ACROSS BOUNDARIES: The Journey of a South African Woman Leader

A heartfelt though sometimes ungainly memoir of politics and passion in South Africa. Even if she hadn't been a prominent anti-apartheid activist, Ramphele would still have lived a remarkable life ... ▐čŪ┴╔ Ūß╩▐ĒĒŃ ╚├▀ŃßÕ

Mamphela Aletta Ramphele is a South African politician, a former activist against apartheid, a medical doctor, an academic and businesswoman. She was a partner of anti-apartheid activist Steve Biko, with whom she had two children. She is a former Vice-Chancellor at the University of Cape Town and a one-time Managing Director at the World Bank. 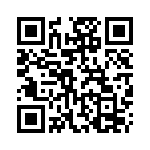